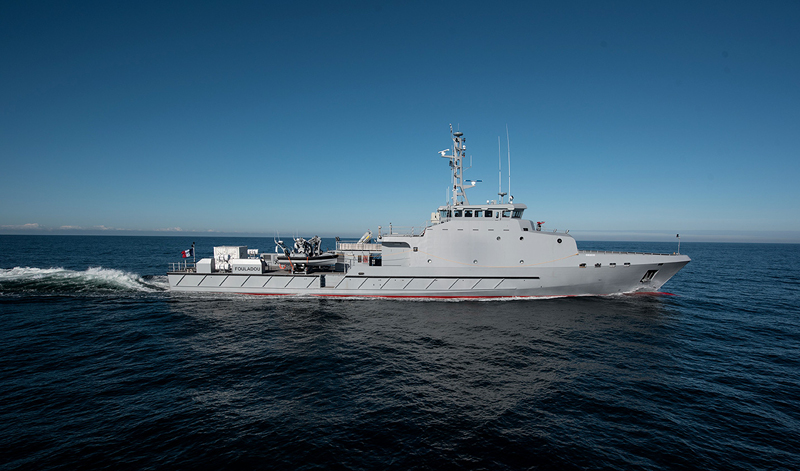 October 2016: OCEA delivers the “FOULADOU” to the Navy of Senegal

“This boat will allow us to fight against criminality at sea. We will entrust it with missions for the future”, commented the Rear Admiral Momar Diagné, Chief of the Naval Staff of the Navy of Senegal.

The flag transfer ceremony took place in Les Sables d’Olonne, in the presence of Officials from the Senegalese Navy, the Embassy of Senegal in France and the French DGA.

The FOULADOU will leave France on 28th of October to sail to Dakar where it would arrive on 7 November.