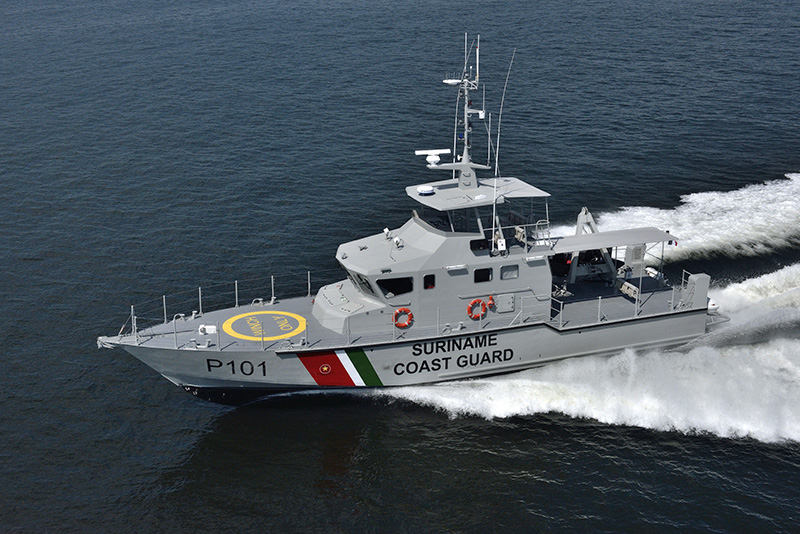 Few months after the first delivery to Coast Guard of the Republic of the Suriname, OCEA delivered in August 2013 two new units, “P101” and “P102” type OCEA FPB 72 MKII.

These 24 m multipurpose Fast Patrol Boats are designed to ensure all typical coast guard missions such as:

With the “P201” already delivered in June, “P101” and “P102” complete the new fleet of the Suriname Coast Guard that will be officially established on the 25th November 2013 (Independence Day). The new service will be primarily tasked with fighting piracy and patrolling Suriname's exclusive economic zone.